The Sea is my Brother: The Lost Novel, by Jack Kerouac

Was Jack Kerouac right to be so critical over his own – until now unpublished – early scribblings, or was there some merit to his maiden voyage?

It is, however, The Sea Is My Brother which has perhaps the most significance, being the first novel Kerouac ever wrote, while a merchant seaman in 1942-43. It is a slight affair, and less than a third of the page-count of this volume, which is filled out with other early writings, and correspondence between Kerouac and his childhood friend – and eventual brother-in-law – Sebastian Sampas. Kerouac and Sampas were the heart of what Kerouac termed the Young Prometheans, the group of writers and thinkers based around his hometown of Lowell, Massachusetts, who paved the way for Kerouac’s role in the creation of what would become the Beat Generation.

If the execution leaves much to be desired, though, the novel does show the foundations Kerouac was laying for his future work. There are wonderful bursts of Kerouackian jazz-prose which break through the strictures of the conventional novel, and even then his ear for dialogue was sharp and naturalistic.

In the main characters we can perhaps see the emerging dichotomy of the youthful Kerouac – just 20 when he started writing the novel. Wesley Martin is the archetypal ”vanishing American” of Kerouac’s later work; the free-spirited, wandering hobo template upon which he later pressed all kinds of mystical dimensions and which found embodiment in Kerouac’s soul-brother Neal Cassady, immortalised in On the Road as Dean Moriarty. Bill Everhart is the deep thinker; the classroom philosopher seeking true experience rather than received wisdom. Both could be contained within the young Kerouac, who simultaneously craved adventure and learning and had not yet reconciled how one could inform the other.

The Sea is my Brother: The Lost Novel by Jack Kerouac: review

Nicholas Blincoe read a lost novel by Jack Kerouac, The Sea is my Brother. But how good is it and how lost is it? 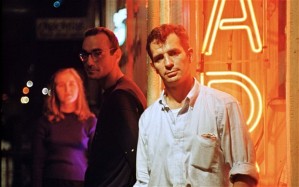 Kerouac seemed to spring from nowhere with On the Road (1957), the definitive “beatnik” novel. He caught the imagination of a generation with an intensely romantic account of an itinerant lifestyle – the life of a “bum” – re-envisioned as a mystical, Buddha-like quest. Yet Kerouac was 35 by the time of his success, rather too old to be a youth icon. He had, in fact, published his first novel in 1950 (The Town and the City) and spent the next seven years failing to get another deal.

The Sea Is My Brother is startling if only because it reveals how early Kerouac’s key obsessions began. All the major motifs of his later work are here, albeit in a clumsy and sketchy form. Kerouac was a sucker for passionate male-on-male friendships. At their core, his novels feature garrulous men on the move.

This language, with its tendency towards the ornate, looks formal and old-fashioned as the voice of the narrator of The Sea Is My Brother. But placed in the mouth of a bebop-loving speed-freak, it becomes something other-worldly. (If one wonders how much Cassady and Kerouac were like their fictional counterparts, see the documentary Magic Trip, currently in cinemas, a record of Cassady’s sojourn as the bus driver for Ken Kesey’s band of Merry Pranksters. In the film a grumpy Kerouac is distinctly unimpressed by Cassady’s new friends.)